The Fallacy of Fun by Leonie Overbeek 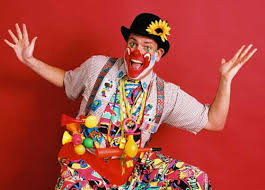 Tackling this subject I almost feel like an atheist walking into a church and shouting ‘God is dead’. I am met with the same amount of horror and resistance. Some of the comments made about me during the recent KOTESOL National Conference, where I presented a paper on this subject, included ‘she doesn’t believe in fun’.

By trying to make a case against fun as a pedagogy, many people feel I am trying to take the classroom back to the bad old days when teachers, canes in hand, stalked up and down rows of regimented students who were copying grammar rules or tables or dates, or chanting them in unison. That rather than the modern, enlightened classroom where the student and the teacher co-operate with each other wholeheartedly, having fun exploring the vast universe of knowledge.

The problem is that while the first scenario was true for many students (I recall the German language lessons where we stood, chanting ‘Ich bin, du bist…’ with a hand held out, palm up, waist high, to receive the whack if you missed something), the second is most definitely not true for all students.

Certainly many claim to provide that experience for the students, but in reality school is as boring, as stultifying and as much of a burden for a significant number of students as it ever was.

And telling them that learning is fun is telling a lie, because for those who are having fun exploring, they would have it no matter what the circumstances, while for those who do not like learning school is hard work, forced labor and the only fun comes from outwitting the teacher. For example, I loved school. I didn’t mind the German teacher, I hated the math teacher (but loved math), and adored the science teacher – not because of how much fun they were providing, but because I love learning and they were giving me the opportunity to do that. My sister hated school, except for sport, and if they wanted to provide her with fun, they would have let her play tennis and basketball all day.

Moving on a generation, my two children also personified the extremes – my daughter couldn’t get enough of school (and it didn’t matter if the teachers provided fun or not) while my son couldn’t wait to get away from it.

And right there is one of the first fallacies of fun – that it will make the experience of having to learn something more palatable. Note that I said ‘have to learn’. More than anything else, having no choice in what you learn raises the stress levels, raises the boredom levels and leaves students sullen and resentful. Fun cannot be had when you are feeling like that, unless it is the fun of turning the tables on the persecutor (or perceived persecutor).

Add to that the fact that the ‘fun’ is often of the kind where you also don’t have a choice in the matter, and you get classes like the one my co-teacher conducted the other day. On the spur of the moment, five minutes before class was due to start, he informed me that he’d been cleaning out his apartment, and there were items he wanted to ‘auction’ off to the students, and could I please bring some Monopoly money down with me to class.

Each student got about 1200 fake dollars, I quickly practiced the numbers with them, and then the auction started. They could bid, either alone or as a consortium on items – they would get to keep the item – and thus practice numbers and some conversation.

Fun, right? The problem was the students were having fun he had not planned on. The boy who ‘bought’ the soccer T-shirt twisted it into a turban and was having fun with his friends, showing off his ‘new’ hat. But when my co-teacher saw this, he stopped the auction and spent the next fifteen minutes haranguing the students in Korean, obviously along the lines of ‘I prepared this for you, I let you have some fun, and see what you do, I can’t give you anything, etc.’ You know, the speech your mom and dad gave you when you weren’t having fun on an outing they planned for you.

Which leads into the second fallacy of fun – that you can plan for it and organize it. You can plan interesting things. You can even plan to do things that you think are fun. But that will not mean that it will be fun. Because the third fallacy is that fun is the same for everyone.

This is a fallacy perpetrated by the ad agencies. The images of people having fun on beaches, in the snow, next to the fireside, on the yacht or in the shopping mall are staged. Of course there are people who find a beach outing fun, but I’m not one of them. Sand everywhere that gets in your drinks, your hair, your food, and intimate parts of your anatomy. No shade, unless you cart it with you (and who thinks lugging a shade device, several folding chairs, a picnic hamper, a cooler and assorted lotions across several hundred meters of sand is fun?) and the eventual hot-sand dance as you head for the sea to cool down. The idea that fun is generic package that comes from a certain product or destination is disproven day after day, yet still used everywhere.

Those two fallacies work together with the final one – that you can force people to have fun. Unless you have a choice in the matter, you are not going to have fun no matter what people place in front of you. You might enjoy some parts of it, but in general you are not having fun.

How does this factor into the classroom? Well, here in South Korea I personally know of quite a few native teachers who were either fired or threatened with being fired because their classes were not fun. Not because they were bad teachers who ignored the students, or beat them, or didn’t understand what they were doing – no, simply because the kids had complained that their lessons weren’t fun.

And as we’ve seen you really cannot provide fun for all the students all the time, unless you allow them to do exactly what they choose to do. Fallacies two, three and four (you can plan fun, fun is the same for everyone, you can force people to have fun) mean that there will always be at least one student, maybe more, not having ‘fun’ in your class. And under it all is the first and biggest fallacy, the fallacy that leads administrators and owners of private academies to expect teachers to provide the ‘fun’ – because fun makes learning easier.

Anyone who has worked at learning something, whether playing a musical instrument or mastering physics, knows that there are long, boring hours spent memorizing information, reading it, working with it or simply getting the mechanics of the movements needed right.

We seem to have forgotten to teach kids that effort is good, that effort is OK, that effort produces results. It’s like signing up for a gym membership and the personal trainer does all the exercises for you, and then you’re upset three months later when you still have no abs to show. We do our children a disservice when they are never introduced to the idea that effort, hard work and long, boring hours are a part of achieving anything worthwhile. Of course there’s enjoyment, and a sense of achievement, and the satisfaction of a job well done. But mere fun does not lead to those moments.

Don’t get me wrong, as far as I’m concerned, I’m all for moments of fun in the classroom. There’s the moment when we read a sentence together and I stumble over a pronunciation and the kids burst out laughing. There’s the moment when the text just lends itself to a joke. There’s the moment when one of the students spots something silly and shares it. There’s the final five minutes of class when I show them the latest cute cats viral video, or we watch two guys on cellos dueling with each other (watch Two Cellos do Thunderstruck!). Fun arises spontaneously in a classroom where there is caring and sharing.

But, there are also the many many moments when students accomplish something they didn’t think they could, and the joy we share at that moment is transcendent.

And here is the final nail in the coffin (at least as far as I am concerned) of this current trend that asks teachers to provide fun for their students. Many people will tell you that it is based on Krashen’s theory about the lowering of the affective filter. It isn’t. Krashen himself said that the affective filter is high due to students being evaluated and tested, asked to produce the language before they are ready and other general stresses. As long as the tests and the expectations remain, all the fun in the world will not lower the affective filter.

Of course we all know that human beings learn best through play, that’s how our brains work. And providing opportunities to play a la Montessori has a proven track record. But that means the teacher and the curriculum have to relinquish their hold, and simply provide many different activities for students to choose from, and then stand by to answer questions.

And are schools ready to let that happen?