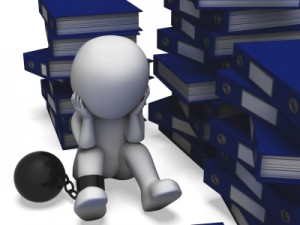 In the article ‘The Slavery of Teaching English.’ Sebastian Creswell-Turner wrote that ‘the job is tedious, the salary appalling and the prospects nil.’ The article was written in 2004 and recently published in the Telegraph of the 24th of May 2014. The article is set in Europe, and talks about the ‘hell’ that teachers are put through by the owners of private academies.

After reading it, I commented on Facebook that it made me wonder whether TEFL teaching is a career path or simply a way of avoiding responsibilities. This remark prompted quite a few responses from my friends, some of them, to my surprise (although I should perhaps have expected it) very vehement. They ranged from agreeing with me that for some it was a way to avoid the responsibilities of mortgages and career commitments, while others felt that it is a career path.

My friend Chuck Sandy, for example, felt that TEFL is something that he is responsible for and in, and which he, as he put it ‘fell in love with’. And that anyone could follow his career path if they loved what they are doing. His advice about ‘getting out’ if you hate what you are doing is wise and should be considered by all who feel themselves trapped by economic or other circumstances. Getting out may come at a cost, but not as much as staying unhappy does.

I made my remark, originally, as a result of the article, but also as a result of what I’ve observed during almost eight years of being in South Korea, teaching in a public school, and coming into contact with many others either in public schools or private academies.

I have to say that many of the teachers I came into contact with, especially during the early years in South Korea, were here for the party. In fact, I remember one recruiter in South Africa who showed some slides to prospective teachers of a young man wearing a belt stuffed with the green bottles in which soju (the most popular drink here) is served. And told them how the weekends are a nonstop party. And how much money they’d earn to spend on the party. Oh, and how they’d be able to save enough to return to their home country with a substantial nest egg. But that’s not what got me in the industry.

I came to TEFL teaching rather late in life. My initial entry into the world of TEFL came about after spending almost two months in hospital following a pulmonary embolism (actually, several dozens of clots in both lungs). Survival is generally only 30% of those who get it, so during the time that followed I got to thinking about my life up to that point and what I’d like to do with the rest of it. I was always torn between science and language at school, and up to then science had won, and so I decided to pursue the language side. And here I must admit there was an element of going into TEFL as an escape from the high pressure of responsibility (I was the administrator and buyer for a large department of a university, the chair of one of its managing bodies and sat on the committee that ran the pension fund), because at that time it was being advertised as something you could anywhere in the world, for good money, and while being a tourist in that country.

However, once I started my innate professionalism took over, and I worked hard at the TEFL certificate course I took, so much so that they asked me to teach it following the resignation of their regular lecturer. I made a point of using the resources of the language college so that TEFL trainees taught actual language classes as part of their training, as I felt that this was an essential part of preparing a professional teacher. I had full classes and glowing reports from the employers who took on the graduates I helped train. This happy state of affairs continued for two years, and then a big chain bought the college, and almost immediately we had problems. I could no longer use the practical approach I had developed (they felt that the paying language learners could not be exposed to ‘untrained’ teachers), they had a specific methodology they adhered to that everyone had to use, and the manager with her fancy car and with enough money to buy a house in one the best areas of Cape Town cut teaching hours and compensation with a liberal hand.

Severing ties with them brought me and my daughter to contracts in South Korea at the height of the TEFL boom, with promises that by 2010 (this was in 2007) there would be an English speaker in every English class in the public schools. I started at a middle school and she at an elementary school.

Since then we’ve witnessed the virtual collapse of GEPIK (at one time employing over a thousand teachers just in Gyeonggi-do, now with barely three hundred on the books and news that further cuts are imminent), the shut-down of having any native speaker teachers in high schools, and calls for Korean English teachers to ‘Teach English in English’.

Many foreigners who came as public school teachers then found employment at the hakwons (private cram schools), and for some, the hell-like conditions talked about in the article became reality (among them my daughter). To avoid paying the severance packages written into most contracts, hakwon owners resort to fair means and foul (ask my friend John Wurth for some of his stories of helping people to access legal recourse). At some places teachers are expected to work long hours, not permitted to take a break even for lunch, and live two or three in a studio apartment. They are threatened with being fired if their classes are not ‘fun’ for the students (and my daughter actually was fired for that!).

There are also people who found work at places that supports and nurtures them, such as was the case with my late friend, Peter J Venter, whose employer kept him on the books, helped fund medical costs and remained a firm friend to him during his last year of struggle with cancer.

In the public school system, I have had a wonderful time, being lucky enough to be placed among people who appreciated me and made me feel welcome. I have had opportunities via KOTESOL to grow professionally and personally, and after seven years in the profession, I am very committed to it. However, even I have my frustrations, when I am scolded like a child by someone for correcting a student (not your job, Korean teacher job), or expected to suddenly rehearse endlessly for the ‘open class’, or told that a student who cannot understand anything I say, and cannot answer any questions during an oral exam, has to be given a base grade of 50%.

I do feel we need a way forward. We need to somehow have all TEFL teachers themselves become professionals – in engineering that’s done by writing an exam for the governing body and getting letters to put after your name, in law you pass the bar – and then to be treated as such. The ‘one-year contract’ needs to be revised and people should be offered a choice of length of stay and compensation. I realize that will also mean a revision of visa regulations since most working visas are only for a year, but maybe something like the USA’s green card could be developed?

And articles like the one we are talking about need to be balanced by articles from people like Chuck Sandy, Josette LeBlanc, Malu Sciamarelli, Barbara Hoskins Sakamoto – all talking about how it became their career choice and why.

This is because, sad fact, many of us feel like my friend Mandy Sands who taught in South Korea for many years. A true professional down to the tips of her toes, she recently moved to Hong Kong and is now a TEFL teacher there. In her own words: ‘5 years in Korea blessed me in many ways but, sadly, made me so insecure as a teacher. Here in HK, I have had to learn to hide my surprise at trust and respect received, and rediscover that I am actually darn good at my job. I watch my colleagues in wide-eyed shock – they take personal days! last month, for the first time in 6 years, I stayed home for 2 days with flu!! – and no-one treated me as a leper!’

While I think it is true that if you behave with dignity and respect towards your bosses, you get it in return, as a native speaker teacher in the TEFL industry, in many cases, you are the foreigner, the other, the alien, and you are never completely a part of the culture. You always are a little apart, a little bit of an outsider, and in Korea this is perhaps exacerbated by their history of invasion after invasion. But we are none of us asking to be totally integrated, just to be treated with dignity and respect, without having to fight for it. We should be able to do what we love without having to fight the conditions in which we do it.

The Korean culture where the principal is the absolute boss, no questions asked, and no reasoning or debate allowed, places not just the foreigner, but also the Korean staff in a frustrating position. When arbitrary decisions are made and you are treated like a child, and your sense of what to do in a teaching situation is constantly questioned or denigrated, it is difficult to remain positive.

However, you may end up seeing the difference you’ve made to one person, one life, one student, and that’s worth it all. It has been for me.