You’re a thief and a liar (by Graham Jones)

TESS: Do you know what your problem is?

DANNY: I only have one?

The scene in Ocean’s Eleven where Danny confronts Tess, his ex-wife, in the restaurant of the Bellagio hotel and casino is a wonderful bit of cinema.

The emotions of the characters are highly complex. Danny — who has just been released from prison — still loves Tess and wants her back. Tess, on the other hand, hates Danny. But, deep down, she still loves him too. She’s also terrified, because her new husband — Terry Benedict, the ruthless owner of the Bellagio — is about to arrive at any moment. Things are complicated for Danny as well. He’s secretly planning to steal a hundred and fifty million dollars from Benedict.

The scene works well for a number of reasons. Danny is played by George Clooney, one of the most charismatic actors of his generation. Tess is played by the incredibly talented Julia Roberts. And the dialogue is razor-sharp. 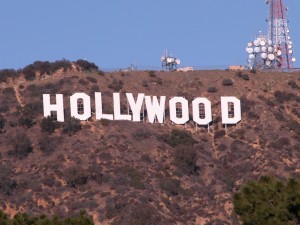 This was one of the questions I set out to answer with a project called SkypeRead. The idea was to do online read-throughs of movie scripts with small groups of English-language students from all over the world.

A ‘read-through’ is one of the key stages in the process of producing a movie, TV programme or play. It’s where the actors meet each other for the first time, sit down around a big table, and simply read through the script. Most actors agree that read-throughs are lots of fun, but also a bit daunting. Everyone begins to learn about their characters and the way they communicate with each other, but it’s not a perfect process. People fumble their lines, get things wrong and make mistakes.

I loved this whole concept of meeting new people; of excitement and pressure; of learning through reading, speaking and listening; of people making mistakes, and that being part of the learning process. I thought: how cool would it be if we could recreate this experience for language students?

The idea was supported by some science. In fact, the idea was inspired by three powerful ideas from neuroELT, an emerging field that combines English-language teaching with neuroscience.

SkypeRead seemed like a promising method for applying these neuroELT ideas, and so I set up a pilot programme. I put together small groups of four or five students from different countries. Each student would play a number of characters in the movie. I would be the moderator: I’d read the parts of the script that weren’t spoken dialogue, and I’d generally help to keep things running smoothly.

I chose two movies for the pilot study. One was “Toy Story”, on the grounds that it’s a well-known movie with universal appeal. It’s also a relatively short movie: the aim was to read through the entire script in two one-hour sessions. The other movie was “Ocean’s Eleven”, which has a narrower appeal and a more challenging script. It’s also a longer movie: our aim here was to do a partial read-though in a single one-hour session.

So how did our Italian Danny and Japanese Tess do? Could they make the restaurant scene work? Yes. It was awesome! The dialogue zipped and zinged between eastern Asia and southern Europe.

TESS: You’re a thief and a liar.

DANNY: I only lied about being a thief.

Of course, they got one or two small things slightly wrong. But they got all of the big things magnificently right. They were clear, confident and compelling. In some places they were incredibly funny and had the whole group laughing. In other places they were intensely serious — and they achieved all this despite the Italian confessing afterwards that Ocean’s Eleven wasn’t really her kind of movie. The Japanese student reported that he could “feel fluency” and had developed “real English” speaking skills. He also wrote that taking part in the read-through had inspired him to “study English hard!!”

What did I learn from the SkypeRead pilot programme? I learned that emotion really does work as a learning tool, whether it comes from the fun and excitement of working with people on the other side of the globe, or from the humour and drama of a well-written movie script. I learned that a bottom-up approach can deliver amazing results: the participants in this project achieved everything themselves in a very natural way, by watching the movie, by reading the script, and by speaking and listening to each other. Finally, I learned that when language learners get out of their comfort zone, take risks and make mistakes, the outcomes can be breathtaking.

Note: This article by Graham Jones originally appeared as a guest post on Teaching Village and is licensed under a Creative Commons, Attribution-Non Commercial, No Derivatives 3.0 License. If you wish to share it you must re-publish it “as is”, and retain any credits, acknowledgements, and hyperlinks within it.