When kids don’t want to be there 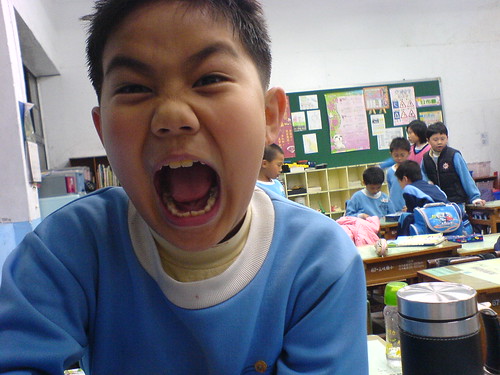 Teaching Villagers rock! I’ve shared two problem situations with you recently, and the advice has been superb. Both teachers really appreciated your shared wisdom. I have another teacher with another fairly common problem. I’m sure you’ll be able to provide some excellent ideas for this situation, too.

What do you do when you have a student who just doesn’t want to be in your class? Young learners don’t often choose to study English. They are in English class because their parents think it’s a good thing for them to do.

I have kids that just shout for no reason other than to be loud and annoy other kids. One kid broke all the lead in my mechanical pencil for no reason other than it was there. Then he (the pencil lead breaking kid) snuck upstairs after asking to go to the bathroom. (I teach at home.) I know he doesn’t want to be there. His mom is definitely sending her boys to English class to get them out of her hair (the younger brother is in kindy class and he doesn’t want to be there, but he’s not *too* disruptive or destructive). She has a 9-month old and a husband that doesn’t live at home right now. I don’t really want to tell anyone not to come (I need the money!) but … *sigh*. This is my elementary class–he is in 3rd grade. The class isn’t very demanding, we review what we’ve learned, we play games, and sing songs. It’s hard because the student doesn’t want or understand why he is in English class.

Can you help? Have you ever had a student who acted this way? What suggestions can you give this teacher?