What Every Teacher Should Know About St. Patrick (by Patrick Jackson)

The real St. Patrick is shrouded in a deep mist (like many of his followers). Legend has it that he brought Christianity to the Emerald Isle while simultaneously banishing snakes.  Both these are clearly true. We still have some Christians and no snakes in Ireland. But what can language teachers learn from this Fifth Century Zero to Hero?

St. Patrick was some class of an Englishman who at the age of sixteen was seized by sea pirates and taken to Ireland where he was enslaved for six years as a herdsman in the hills of Antrim (cold and wet).  According to his own account he passed the time praying and eventually escaped. Not a good slave really although he did learn the Celtic language which would hold him in good stead later as we shall see. 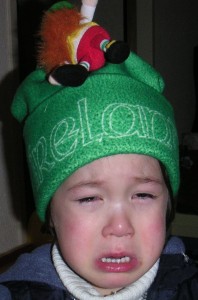 Patrick made his way to France and rose to a highish position in the church. He was the obvious man for the job when they were looking for someone to go and tell the human-sacrificing warlike Celts that it was time to get with the program and be warlike Christians instead. Following a series of A-list conversions and miracles, Bingo! Ireland was Christian. Clearly this is of interest to the Teaching Village. 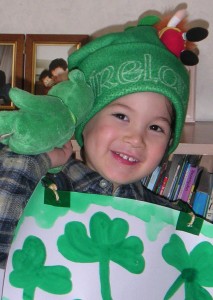 So here are six Patricky things that language teachers can put to good use immediately.

Patrick used the shamrock to explain the Holy Trinity. Three leaves in one. This cut out a lot of difficult theological explanation. He used something simple and local to teach a global message.  A leaf out his book please!

Admittedly having to be kidnapped by pirates and enslaved for six years is a bit extreme but it meant that he knew and could communicate with his audience. His years as a slave would have given him the common touch and he moved seamlessly from Latin Scholar to Antrim Swineherd putting people at ease and not, simultaneously.

Patrick was unafraid to wear the full bishop’s rig even on damp and gloomy days in Celtic Ireland. This level of bling must have been very impressive. He was well-connected and his friends all over Europe made for just the kind of Twitter following you’d want, especially if you were inclined to wander about in that sort of an outfit.

Stories of Patrick’s miracles abound all over Ireland to this day.  It should be added though that the one about making dark rain clouds give way to a sunny spell in March isn’t exactly water into wine or the walls of Jericho but anyway. The snakes thing was pretty cool.

Patrick had excellent classroom management skills and maintained good discipline. On one occasion, a chieftain was about to strike him down with a huge sword but St. Patrick used a miracle  and froze his (the chieftain’s) arm until he (the chieftain) admitted that St. Patrick was great and there was no more of that nonsense.

Patrick brought a message that connected people to a wider world. Just like English teachers are doing to this day! The connections to ideas and communities far beyond the shores of Ireland would have been one of the most compelling reasons for a druid to throw in the towel and pick up a Latin primer.

Sure, everyone else was so why not! 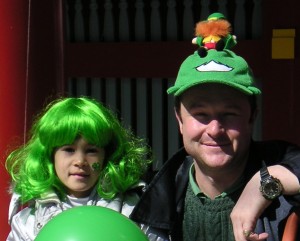