At any moment between 4:30 and 8pm here in Spain, thousands of unqualified people are standing in front of children pretending to be teachers. This, however, is not a game of make believe played by kids with bits of chalk in their hands, but an extremely lucrative industry spread throughout every town and village on the Iberian peninsula.

…and it’s a game I play every weekday.

There are two widely held myths in language teaching throughout the world. Myths so deeply engrained and widespread that they might supersede Thor’s hammer, Mohammed’s muse, Buddha’s finger and Jesus’ loaf of bread. What on earth could be more powerful and believable than those? 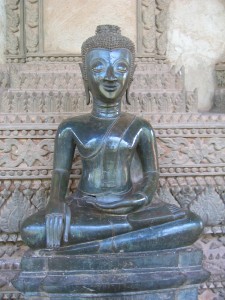 #1 Any native speaker can teach English.

#2 Any teacher of English can teach children.

The above myths, of course, are completely dependent on your definition of a teacher. If you define a teacher as someone who can simply stand, or even just sit in front of groups of people and speak English…well your faith in the above myths is secure. However, if your idea of what a teacher is consists of something more, matters of faith begin to fissure and shake. One of the main problems in the language teaching world today seems to be that the former has many more adherents than the latter.

Reasons for the spread of this fundamentalist thought abound (money anyone?) but one of the more easily overlooked explanations is simply the how and why people end up teaching English. We all know that TEFL teaching is more transitory than birdlife in the marshes of Mauritania; with the most common scenario being where ‘teachers’ find themselves in a country where they don’t speak the local language and need some money. A quick stop to a few of the local language schools and before they know it are knighted teachers and are thrown before the little lions.

I am no different from those above.

My TEFL career started in an Irish pub off of Tribunal square in Madrid. My travel companion, a qualified teacher, had been looking for a job for several days and had come up with nothing but rejection. Yet that afternoon she walked in and said that I, not her, started work the next day. The difference between her and I? While she had the qualifications and experience, I had the right passport.

It’s here where I could have flocked with the TEFLese Mauritanian geese, muddling through a year or two, relying on charm and plain old luck to keep the classes that would have me and moving just fast enough to find some more when the discerning wouldn’t, then moving on to get a ‘real’ job back in the comforting 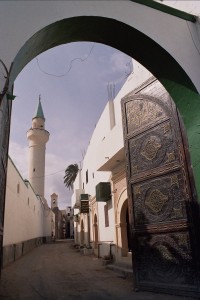 embrace of an English speaking country.

In fact, to a point I did, but after a time I was tired of blank looks and extremely sweaty afternoons trying to bluff my way through the present perfect. I then decided to get some training and did what most concerned ‘native’ speakers do in a similar situation, I took a CELTA course. My eyes were suddenly opened to the possibilities that existed in a language classroom and began to see what a language class could be. I had put my foot, or better said toe, in the door of a career that would take me through places like Yemen, Azerbaijan, Laos and Libya.

Training courses, TESOL conferences, workshops, mistakes, didactic epiphanies and hundreds of classroom hours later, I considered myself a proficient teacher. That’s not to say great, but I think I had been through enough different teaching experiences to call myself a veteran. I had finally earned that Certificate in English Language Teaching to ADULTS.

But wait a minute…If my entire career has been focused on the teaching of adults, from kalashnikov totting tribesmen in Yemen to oil workers in Baku, why was there suddenly a 4 year old boy biting my leg in my classroom in Caceres, Spain? Well, you’re a teacher aren’t you?

But is teaching adults the same as teaching kids?

I had taken a job in my wife’s hometown, decided to settle down, put down some roots and now had to extract a boy’s incisors from my calf. I unfortunately had once been a proponent of myth #1, but before I knew it, I had become an unwitting missionary for #2.

Out here beyond the sprawl of the capital, a new myth springs forth from #2 and goes as follows: In order to learn English, children must start as young as possible and must be exposed to ‘native speakers’, with some academies boasting classes with children as young as 18 months. All this regardless of whether or not these ‘natives’ have any YL training whatsoever…not to mention criminal backgrounds.

Qualified locals need not apply, that is of course if there’s fresh native speaking meat to be found. The abuse the children suffer aside, this is perhaps the most galling of all. Qualified, trained YL professionals are overlooked simply because of their passport. A C.D player can provide R.P phonemes, but a hungover backpacker can’t be bothered to brush up on his language acquisition for children under 8.

The fact that this is allowed to happen in so many different places around the world astounds me. Are myths so powerful? True, some governments have tried to legislate against this, but requiring University degrees does not mean you’ll get teachers, especially ones who understand Young Learners. A degree in nuclear physics doesn’t necessarily include knowledge of the cognitive capabilities of 5 year-olds.

So here I find myself faced with the following option, one that may be eerily familiar to some. Either take on some kids classes in order to fill up the timetable and make ends meet or take up a bit of performance art and hope for the best on the streets.

Lacking juggling skills, I chose the clown act in the classroom.

Where does this leave my classes? Basically it’s a question of damage control and learning that 5 year olds can’t do very intricate things with scissors. Some might argue that time and experience makes you a YL teacher, I would argue against it. Some might also say “find a new job” while those accused might respond, “I would if I could.” Whatever the case, the best idea is to make it as painless as possible for both parties involved, both the learner and the ‘Teacher’ of the moment.

Thankfully, YL coursebooks are coming out of the monochrome gap-fill dark ages, as are the photocopiable activity books that accompany them. Luckily my YL classes are only 60 minutes (waaaay too long in my opinion yet a world away from the 90 that some suffer). With a combination of class routines, coursebook work and the less than odd photocopy thrown in (or should I say AT them), objectives are theoretically reached and with a bit of the aforementioned faith, something learned.

Entertaining…well, not all clowns are funny, but with the help of materials made by actual professionals, at least the classes might be engaging, which in the end is all that can be asked of an unwilling or unprepared teacher.

The debate may rage whether a native speaker is the best option for adults, but in my mind there can be no debate regarding children. Those with the vocation and the training are best equipped to face the little lions, and as for the rest of us…well maybe it’s best that myths die away quietly.

Note: This article by Troy Nahumko originally appeared on Teaching Village, and is licensed under a Creative Commons, Attribution-Non Commercial, No Derivatives 3.0 License. If you wish to share it you must re-publish it “as is”, and retain any credits, acknowledgements, and hyperlinks within it.