I must admit that when Barb invited me to submit a guest post, I felt I wasn’t worthy of such an invite. Later, I thought… if she’d felt that I had something to contribute, well, then I couldn’t very well let her down, could I? Besides, one has to step out of one’s comfort zone every once in a while!

Barb thought perhaps I could write something on CLIL, but not having been involved with it for the past year, I felt somewhat detached from it. Deciding what to write for one’s own blog is hard enough, but deciding on something for someone else’s blog is even worse.

However, I’ve been doing quite a few interesting lessons based on images, à la Dogme, if I may be allowed to say so. In fact, if you’re doubting your capability of giving a lesson in the Dogme fashion, using images is a fantastic way of getting your engines revving. I’ve written several articles, giving tips on how teachers can use images as a starting point for a lesson (or two) on speaking. If you haven’t read them, I’d suggest you do that first:

Speaking Lesson using close-up images
Photos + mind map = ideas on a silver platter
Every picture tells a story: let the students speak!
Cokey Monkey: ELTPics 3000th image lesson challenge
Source of images
The best source is, undoubtedly, from the students themselves. As Scott Thornbury says in ‘Teaching Unplugged’, resources should be “whatever happens to be in the classroom”. Ask the students what images they have, be they pictures on their mobile phones, photos they’d pasted on their notebooks, doodles; in a nutshell, anything goes.
Sir Ken Robinson says “Creativity now is as important as literacy, and we should treat it with the same status.” Ask your students to snap photos of their own. No rules. They can edit them, do a collage, go wherever their creative minds lead them.

For those still in the dark, we have our very own teachers’ images over at Flickr. Feel free to use them, and to contribute your own!For the purpose of analysing an image lesson, I’ll use a simple photo of mine, taken while waiting at a bus stop after a lesson at a student’s house. 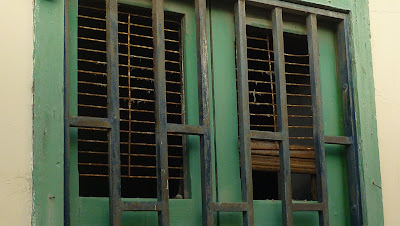 Images are often used in the classroom, of that I have no doubt. What I find, however, is that, most of the time, only a fraction of their potential is taken advantage of. More detail on how to use this image can be seen here.

I start this with ‘Tell me what you see’. No doubt they will say it’s a door, or a window, which leads me to ask them if they’re sure, which, in turn, almost certainly, will cause them to change their minds! Whatever their choice, they will be asked to justify.

As you can see, a good few minutes will be spent talking about not only what they see, but on analysing what they see, especially the tiny details. Think question words. What is it? Where is it? Why is it barred? When did it happen? How? Who is the owner? What else can you see? The important thing is that the discussion doesn’t stop here. Tell students to imagine they have satellite eyes.

We zoom in – what do we see in this room? Think the five senses. The teacher’s role here is much like a presenter in a chat show. Minimum interruption. Ensure everyone speaks, one at a time. Prompt with questions to encourage imagination. Zoom in and out as you see fit. There may be a limit to how far you can zoom in (even so, there’s so much that can be visualised and verbalised – the room itself, the objects, the people, the neighbours…), but the universe is the limit when you zoom out! What’s outside? Tracks? Roads? People? Shops? What country? Endless questions, endless answers.

What is also important is to note down emergent language, including vocabulary. Go through the language from time to time, if necessary, or do it at the end or in the next lesson.

In a largish class, working in groups is advisable. A writing task to be done at home is equally recommended. Ask them to invent a story based around the image.

The beauty of using images is that they can be used for any level. I’ve used this particular image with different students at all kinds of levels. And they almost always surprise me with their imagination and their reasoning!

Conditionals
Good practice for these:
These, then, are some examples of the language that are likely to arise, but like I said before, each time I use this image, I hear different ideas and different emergent language. Just remember that any idea, no matter how absurd, is valid. Just ask for justification: what makes you say that?

When you decide to take the plunge, be it with this image or with others, please don’t forget to share your experience with the rest of us! I’d just like to end here by thanking Barb for her kind invitation, and I’ll see you all in my own blog sometime!

Note: This article by Chiew Pang originally appeared on Teaching Village, and is licensed under a Creative Commons, Attribution-Non Commercial, No Derivatives 3.0 License. If you wish to share it you must re-publish it “as is”, and retain any credits, acknowledgements, and hyperlinks within it.