About mountains, challenges and teaching (by Cecilia Lemos) 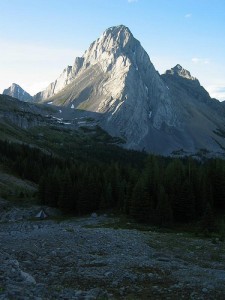 Do you think “Oh, no! It will take more effort and I’ll be more tired in the end.” or do you see it as a challenge, something that motivates you to reach for that extra energy?

Why would you want to use energy to climb that mountain if you don’t have to, right? I am not much of an athlete, but I have a hard time resisting challenges (as those of you who know me some might know already).

Well, people who enjoy mountain climbing will tell you that the reason for them to take the challenge, exhausting themselves at times, and climb the highest mountains is the sense of achievement and accomplishment they feel once they reach their objective, once they get to the peak. The sense of having done something special.

The reason for my starting this post like this is simple. I wanted to make an analogy. Because I’m going to share with you here the mountain I’m climbing. In one of my groups this semester, I have a very special student. He’s special for many reasons. He’s physically awkward (his chest is higher than normal, his features and his walk are unusual) and he has ADHD. His mother has him and his progress accompanied by all the professionals you could think of, he’s properly medicated.

But I have to admit I was a bit taken aback on that first day, when I walked into the classroom. Here I had this 12-year-old boy among 8 other 12/13-year-olds – none with any kind of learning disability or difficulty of any kind). I had been warned by their previous teacher, and my pedagogic coordinator had told me to assess, get a first impression and then have a meeting with her. But reality is never quite what you picture. I’ve had students with problems and/or learning disabilities before (after being an EFL teacher for the past 17 years it would be surprising if I hadn’t), but this was different. And I could realize it as soon as class started.

He talks loudly. He interrupts me or anyone else who’s speaking, constantly. He asks questions which have nothing to do with what is being discussed or presented. He repeats questions over and over. He stands up and comes to me. He is either ahead of me on the activity or not following and then tries to understand what is going on. Even after explanation he sometimes does the activity all incorrectly, very quickly, and then is very frustrated at having made mistakes. He regularly leaves the classroom to drink water or go to the restroom (which I know it’s a good thing for him to do, to walk a bit, change environment and then come back with more focus) – I just have to keep an eye when he leaves the classroom, because sometimes he gets distracted and forgets to come back. The other students are mostly helpful, they see the problem and try to help him when he doesn’t understand, try to integrate him. But sometimes they are also the teenagers their ages allows them to be and joke or make fun/comment about him. After the first week of class I was exhausted, and not only mentally, but also physically. I had to give all this extra attention to him and at the same time prevent the other students in the classroom from feeling neglected in any way.

This student is my challenge this term, my mountain to be climbed. Not him per se, but having him in a classroom with other students who don’t share the same difficulties he has. Having to cover the same content and syllabus I have to cover in another group I have of the same level. Those are my challenges. My initial reaction was a bit of despair. I’m only human. I thought of all the extra work it would mean, the running around the classroom trying to accommodate everyone; researching about his problem; meetings with his mom and his therapist to get better acquainted with his individualities, how to deal with them; handling his demands in the classroom; assessing him… Wow! Overwhelmed – that was my first feeling. And I can’t deny the inevitable: “Why me??” crossed my mind.

But then, there’s the other side. There’s this sweet, sweet boy who wants to learn and speak English more than anything else in his life. There’s the struggle of this mother in making sure her son has the same rights and opportunities any other kid his age has (he also attends a regular school). There’s the boy with the awkward smile and eyes beaming at me every time he gets something right, or his team wins some competition in class (when he comes straight to me and gives me a high five). The boy who comes to me at the end of each class and asks me to read his notes of the homework assignment (in his very cryptic penmanship) to make sure he wrote them down right.

How can any teacher not take this challenge? The challenge of going the extra mile and making sure he learns as much as he can, that he has a good time while at it, that he integrates as much as possible with the rest of the students?

So, here’s what I’ve been doing: I treat him as any other student in the classroom as much as possible – meaning he doesn’t get special activities because of his problem. He can’t interrupt me. When he does, I softly call his attention and say we’ll address what he wants to talk about after I’m through with the explanation. If I see his eyes wandering when I’m explaining something I’ll call his name or touch his arm and ask him to look at my eyes, look at me. While everyone is doing some activity he’s the one student I’ll always stop by (I stop by the other as well, but not all of them in every task, he’s the only one who gets my attention in every task). I ask him to help me often: erasing the board, distributing things, drawing on the board, keeping score of the games. I always include at least one activity where there’s moving around the classroom or movement in general. These attitudes have been working out well, teaching this group is not as tiring as it was the first couple of weeks.

For me, the hardest part has been assessing his learning. He speaks very little English in class, whilst his classmates hardly ever use L1 in class. Even the simplest things seem to slip off his mind when he speaks. And mostly, they are things I know he knows. He usually excels in grammar-based activities he does individually. But once he has to produce something spontaneous, really produce in English, he has a very hard time and rarely is able to. At this point I have decided to evaluate him using his own work as a parameter. I evaluated him and his work in the 4 main abilities in the first month of class and intend to compare what he produces from now on with that, so as to see the progress he made. I’m still not sure how this is going to work (or if it is going to work), but it’s the best plan I could think of.

This student is my mountain, but I already see a bit of a peak. And I really, really want to reach it. With him.

Have you ever been in a similar situation? Have you ever taught a special student in a regular class? How did you handle it? I’d love to hear your stories and suggestions at how I can make my climb with steadier steps.

Note: This article by Cecilia Lemos originally appeared on Teaching Village, and is licensed under a Creative Commons, Attribution-Non Commercial, No Derivatives 3.0 License. If you wish to share it you must re-publish it “as is”, and retain any credits, acknowledgements, and hyperlinks within it.