Recently, I participated in a fabulous digital storytelling workshop through TESOL Electronic Village Online. One of the activities that caught my eye during the workshop was Six Word Stories. The process is simple: Students choose a picture and tell a story in six words.

I had so much fun doing the activity myself I decided to use it with both my young learners and my more mature learners. It worked beautifully! Six words doesn’t intimidate anyone, so even my weakest writers enjoyed thinking of their stories. Six words also creates an effective framework for activating some micro-grammar awareness—especially word order in sentences, and the need for pesky little words in English (like BE verbs and articles).

I did a Creative Commons search on Flickr to find funny photos for the project, and collected them in galleries. (Click on “dogs” and “class” in my galleries if you’d like to see all of the photos we used.) Then, I printed the photos so students could work with them more easily (especially since one of the places I teach doesn’t have Internet access). Students chose the photos that appealed to them, and worked on creating their stories.

Here’s one of the pictures my young learners chose, and how their story developed: 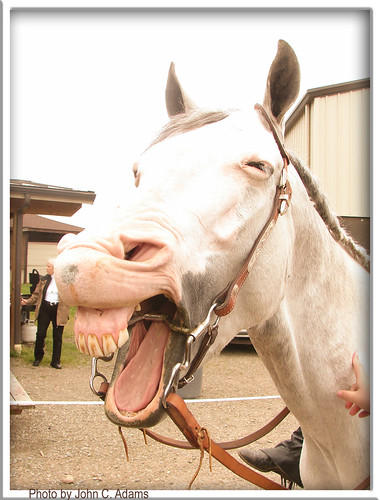 The process was similar with my mature learners (the baby of the class is 50), but they worked in pairs and then as a group so they could pool their grammar knowledge and help each other. Their life experience led to some very different stories. This was their favorite story: 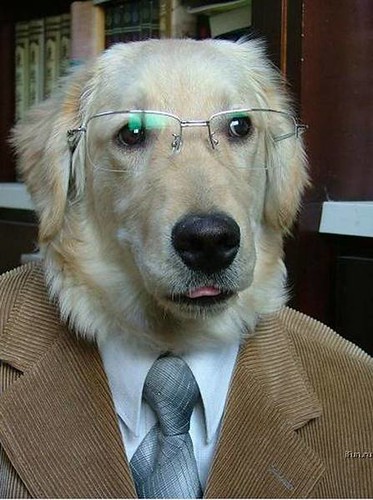 I would trade my husband for him.