It’s a great pleasure to share affective listening activities here at the Teaching Village. I call them affective listening activities because emotions are very present in the movement, suspense, and laughter they produce.  These activities also promote an engaging atmosphere that sparks creativity, enhances attention, and activates students’ memory. Last, they present alternatives to include pronunciation, intonation, and imagination through listening in our classes. These guidelines can be used with recorded stories, movies, and even with songs.

Who said that? – Here students pay close attention to a dialogue and choose a sentence they like. Then after the chunk is finished, one student says his/her sentence and the others students guess who said it. It’s great fun because students enjoy copying the voices, volume, and intonation.

Right, wrong, or I don’t know– Students listen to a short passage and make a statement that other students have to classify as right, wrong, or not mentioned in the listening. Students can make small changes in their statements to try to catch others. I personally love making I don’t know statements.

Stop and repeat! – The teacher plays the CD or the movie and suddenly pauses it. Then students have to repeat the last sentence that was said. You can here mix easy sentences with longer ones. The fact that the story can stop at any moment makes students very concentrated. One variation is letting students also be the ones who pause for their peers to say the last sentence! 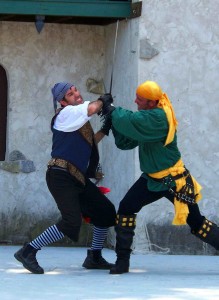 Listen and mime! – In this dynamic exercise students stand up and mime the listening. This involves acting moods, places, movement, and anything else that they hear.  Students can be divided by characters, places, or any other way you choose. It’s better to have it as a follow up once students have already read or heard the text. Great fun!

What next? – This is the traditional predicting question. Will the hero accept the dragon’s proposal? What will Aladdin do with the lamp? What will Toad give frog as a present? Teachers here can make open ended questions or give two options for students to choose from. Students love it when they guess it right. It’s also really involving to talk about the other outcomes if characters had chosen the other options.

Say it and check it! – Here the teacher plays a part and students go following with their texts. The teacher then suddenly pauses the recording and a student (or students) tries to say the next lines as characters would say it with their voices, intonation, and stress. The teacher then plays that piece for students to check for differences and students repeat it again, now closer to the model. The interesting aspect of this exercise is that students self-correct their pronunciation and intonation. The voices may act as a shield in front of their peers. 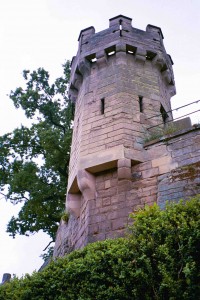 Guided imagery –  Students listen to a passage with their eyes closed for 3-5 minutes. After listening, students open their eyes and share what they “saw” having some questions as a guideline. Let’s say there is a situation in which the princess finds the prince in the castle library. Some guiding questions could be: What was the prince wearing? What did the princess look like? Were there curtains in the library? What kind of furniture did you see? The catch here is that all these pieces of information were never mentioned in the listening, and every student will report something different. Discussing the danger of stereotypes can be done in case many students come up with the same answer.<br/ >
Tell it to them! – Have you and your students ever wanted to tell something to characters? This is the chance you have been waiting for. Here the teacher plays a part and stops it. Then students can congratulate, scold, or even invite characters for some tea.Speak their minds – Here students can put themselves in the characters’ shoes and verbalize what characters are thinking. For instance, the teacher can pause the recording after the Queen has offered Snow White the poisoned apple, leaving the gap for students to say what goes on in the characters’ minds, which could be  “Eat and die”, “I’ll help this old lady by getting one apple”, or even “I don’t even like apples”. This is perfect for exercises to interpret intonation, check for what was not said, or said between the lines. 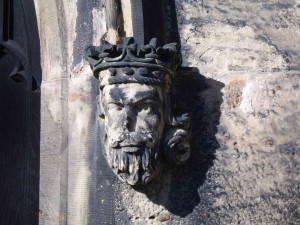 Guess their words – The teacher plays a passage and students follow it without their books. Then when a climax is reached, the teacher reveals the content of what will be said next, for instance, he will ask her to marry him. But the trick is that the teacher does not reveal the actual words of how it will be said. Then students think of all different ways in which that function could be expressed. You can be sure that after such strong schematic activation, students will remember the new expressions. The teacher then finally reveals how it was said by pressing play. Students can repeat the new expression exactly as characters have said it after listening to it.Act the end – The teacher plays a passage and stops at a culminating point. Students then act how they think the climax will be solved resulting in several endings.  Students listen to the recorded ending and discover what they guessed right. Students can then reenact the scene using the very same words that were used in the listening. 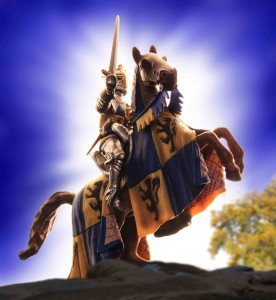 Find the bug! – In this retelling exercise a student retells a passage that was just played and changes it slightly. The other students have to listen attentively and find out what the detail is. One great variation is for the student to retell the passage as being one of the characters, still inserting a bug.I hope you have enjoyed them. Write me and let me know how they worked out with your students.Wish you great affective classes!

Note: This article by Juan Uribe originally appeared as a guest post on Teaching Village and is licensed under a Creative Commons, Attribution-Non Commercial, No Derivatives 3.0 License. If you wish to share it you must re-publish it “as is”, and retain any credits, acknowledgements, and hyperlinks within it.